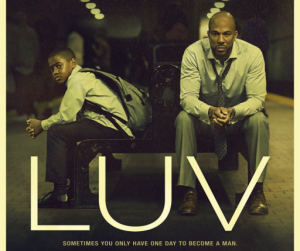 I came across this one at the beginning of 2013 and thought it would be a cool movie to see. Low and behold, I finally sat down 5 months later to watch and thought it was definitely worth posting. Very good performances by both leading male actors if I do say so myself, and an interesting story line to match. The story is about an 11-year-old boy named Woody who has to decide whether to follow in his hero’s steps or become his own man as he spends the day with his recently paroled uncle, whose attempt to right his life hits an unexpected snag. It has an extensive cast of recognizable African-Americans which includes Common, Charles S. Dutton, Danny Glover, Dennis Haysbert, and introducing Micheal Rainey, Jr. You can’t beat that, and it’s an independent film so I appreciate the story and characters just a bit more for some reason. The movie was a hit at the Sundance Film Festival and took home several awards if I remember correctly.  Enjoy the trailer below and if you’ve already seen it let us know what you think. Thanks.